There comes a time in every parent’s life, a moment of fear and trembling…potty training. It can be such a cause of stress. And a matter of a LOT of opinions. Elimination communication, early training,

With child number one I was worried about being a good-enough mom. Doing all the right things at all the right times…until child number two came along when child #1 was only 14 months old. Then, my attitude changed a bit. Keeping up with a fussy baby while trying to magically potty train the first baby by 18 months or be considered a failure by all those internet moms….

Well, let’s just say that if people want to consider not potty training by 18 months a failure I will fully accept that title. *wink*

We were traveling full-time as a family getting ready to move overseas for the first time. I was not going to potty train on the road.

Do you know how far apart those rest stops are?!?!?!

Months went by. We moved overseas, settled in.

Then, her 3rd birthday arrived. As her present, I told her that she couldn’t have a sippy cup before bed and that I was no longer going to buy her diapers, so she would need to use the potty all the time. (Okay, so maybe that wasn’t her present…It was my present…lol!)

Did she fuss? Have accidents? Regression?

With child #2, I was expecting child #3 weeks after she would turn 3-years-old. I didn’t want to have two kids in diapers again. Even with cloth diapers, it’s a lot of work.

So we sat down and had ‘the talk’. I explained that she was old enough to use the potty and we weren’t going to use the diapers anymore.

She was a little stubborn. A couple times she would go to the bathroom and make a mess on the floor on purpose, but I knew she understood the concept.

After baby #3 was born, #2 got jealous. One time while we were out, she decided that she was going to have an accident to get my attention. I didn’t carry extra undies or extra clothes for her.

Instead, I had one-size cloth diapers. I snapped one on her and explained that diapers were for babies and that if she was going to have accidents, I would dress her with the baby’s diapers.

No accidents after that.

Same thing with baby #3. On her 3rd birthday, we said “No more diapers”. That was it.

So what does that mean for you? It means, that if you don’t want to struggle with forcing your child to run to the potty at 18 months old, you don’t have to.

The only limitation is how long you can handle changing diapers.

For me, changing diapers was much easier than cleaning up urine in random places throughout the house because my daughter was too involved in her play to stop.

This doesn’t mean that you have to, should, or must wait until their 3rd birthday. Instead, you should look for the signs that your child is able to manage using the bathroom, mostly on their own or easily communicate their need to go.

Signs your child is ready to give up diapers:

When they have a dry diaper for hours at a time

Have a regular eating/drinking schedule

He/she asks to use the bathroom regularly

Is willing to stop playing to use the bathroom

I did not wait until they were 3 to let them use the potty. We tried it out a lot. BUT I did not switch them to undies until the magic day. That way I didn’t have to clean up accidents, get frustrated, and they didn’t have to feel ashamed because they messed up.

We also read books like “Once Upon a Potty” and watched videos like Elmo Uses the Potty. I bought them cute undies that they could use on top of their diaper to increase their excitement.

As many of you may know, we have a special needs daughter who is four-years-old. I have not attempted to stop using diapers with her. We are following the same process with her and I expect that, when the time is right, she will be ready to stop using diapers. I know that she does not meet the signs of the readiness to go diaper-free and I will not cause her stress by trying to force something on her that she is not ready for.

Some kids can reach this point by 18 months, some by 2 years old, for others it takes longer. It does not mean that you are a failure as a mom or that your child is “broken”. It just means they are not ready.

Now, if, you are not worried about the mess and possible stress, and you want to try potty training a different way, go for it! This method is not right for everyone.

In fact, many people have been successful with the It’s just not the way we’re choosing to do it.

Is this method for you? Or did you have success with a different method? I’d love to hear your experiences! Just keep in mind, that every parent and child are different, so not every method will work for everyone.

Soup is a familiar staple on our weekly menu, but I get bored making the same recipes all the time. Plus, they take so long to make. This quick & easy turkey rice soup made with requires less than five minutes of prep time when you use rice from our sponsor, Minute® Rice and is…

“She gets all the attention. Everything is about her!” My third daughter was crying out in desperation for attention and though I wished I could tell her it wasn’t true, it was. Her special needs sister requires 24/7 attention. She throws things, she breaks things, she’s super cute, but she needs attention all.the.time. But my…

I love an indulgent yogurt parfait like our Lucky Charms parfait– it’s a great way to feel treated without being completely decadent. This Cookie Crumb Parfait is a great way to enjoy a cookie or two while getting some healthy protein and dairy. A lavish dessert or a special breakfast – either way, you’re going… 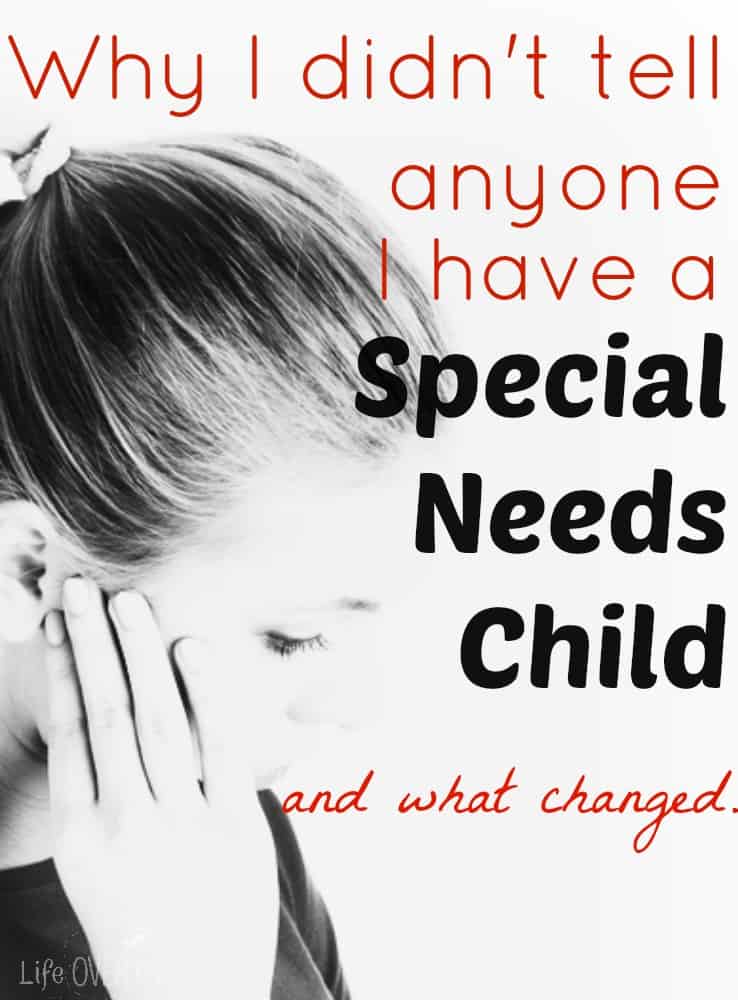 I could never be accused of sharing too many personal things about myself. I’m definitely the person who would rather hear about what’s going on in your life than to tell you what’s going on in my life. I don’t want to appear ‘needy’, so I don’t share. Even when things have gone really badly,…

My dear friends, I received a comment on a recent blog post that I couldn’t ignore. I know we don’t “feed the trolls“. But the disgusting comment made in regards to my post about taking my special needs daughter to the store left me a bit floored that such hate could exist in our world. “Your special needs…