Have you fallen into the mini eraser collection craze? I confess that I have collected SO MANY erasers. In fact, I even had some out-of-town friends ship me some that I couldn’t get! You could call it an obsession. These erasers are some of my favorite manipulatives to use during school, because they are so cute and kids love them! My preschooler especially will play with them for hours and it’s so much fun to see her creative activity ideas with the erasers.

I created this super-fun mini eraser pattern activity for her to try with our erasers, and she loved sorting the erasers according to pattern. 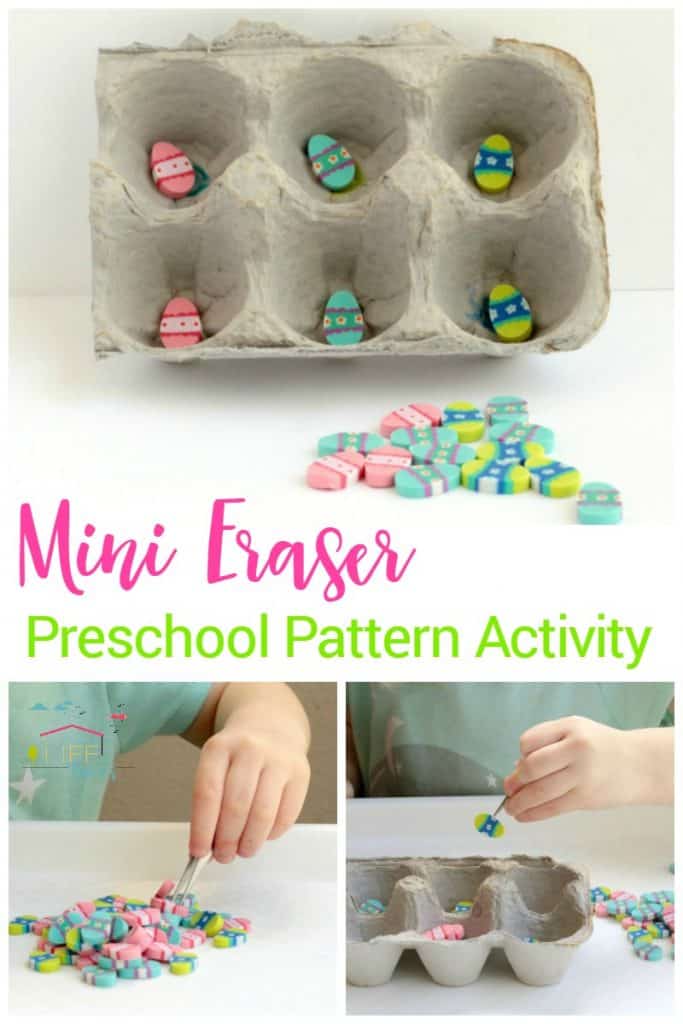 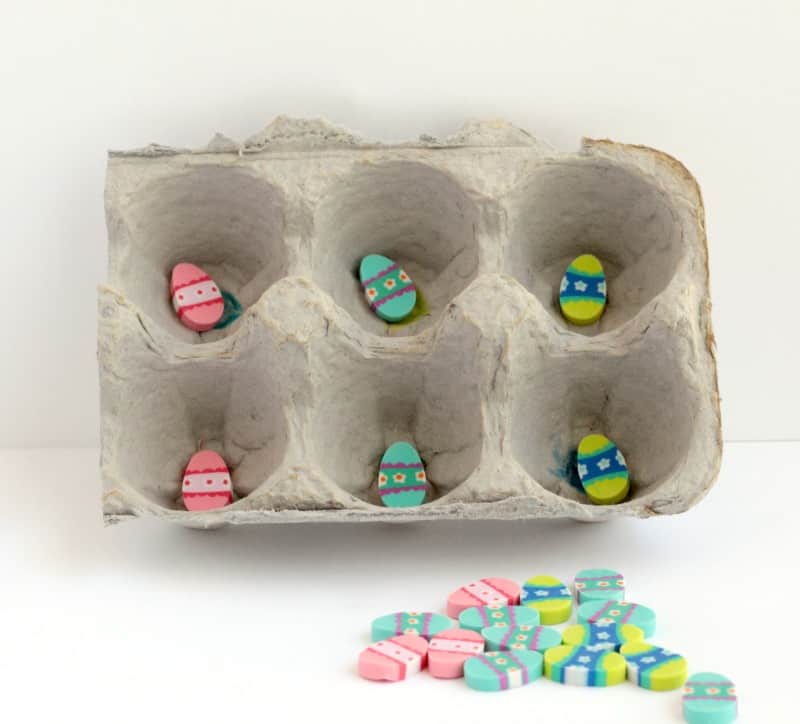 This project is super easy to set up.

All I did was cut an egg carton in half, so that there were only six cups together.

Next, I used the erasers to start various patterns. 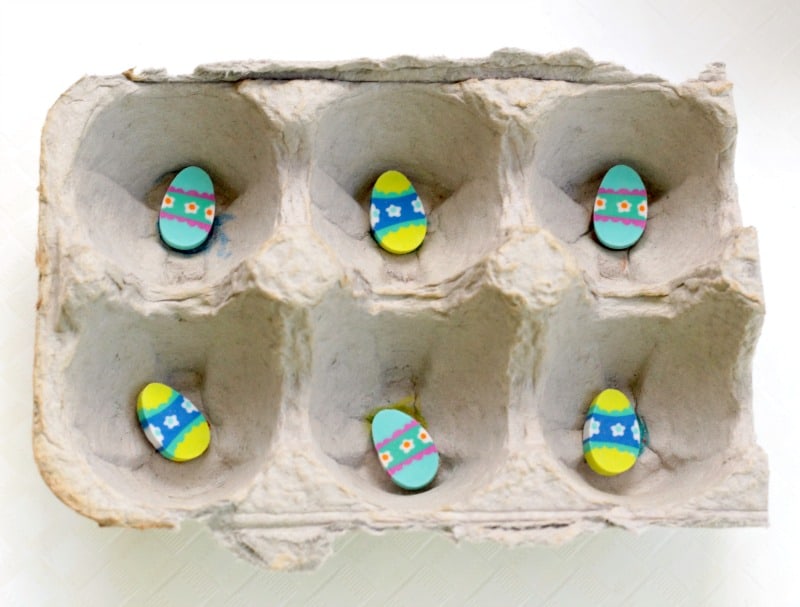 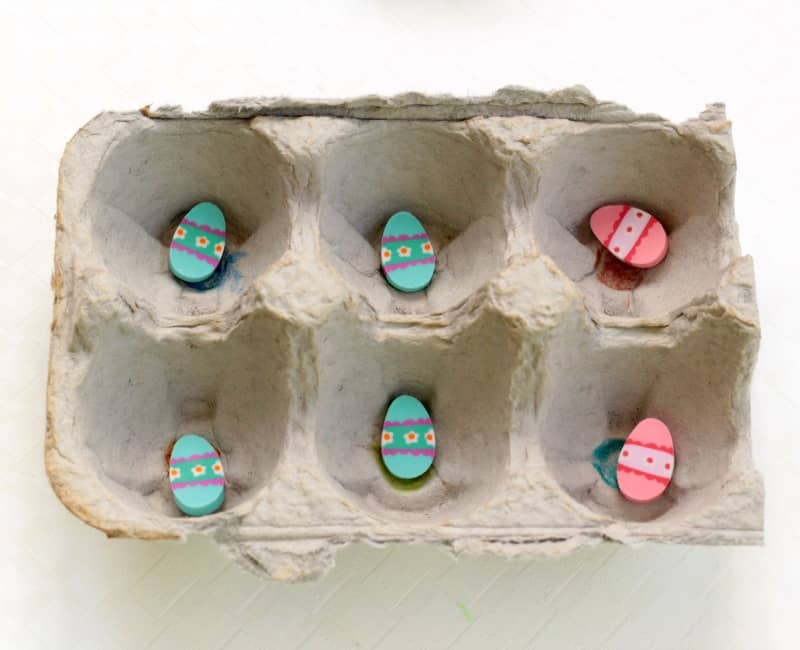 My preschooler really loved matching the patterns. First, I had her continue the pattern by starting it in the first half of the cups and having her choose the same erasers to complete the pattern in the second set of egg cups. 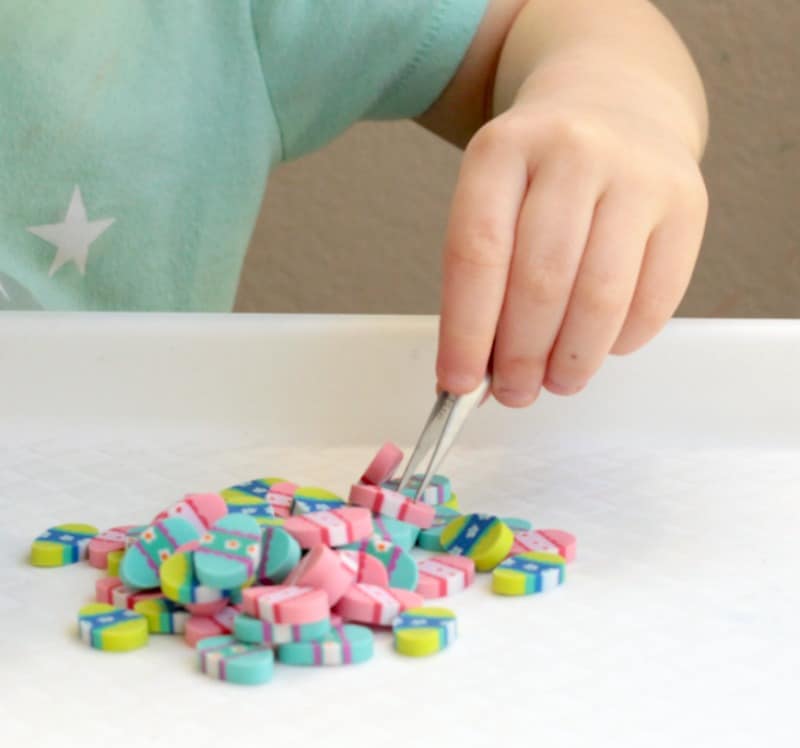 She decided that she wanted to completely sort through the erasers according to the patterns I had set up, which kept her busy for about 30 minutes! 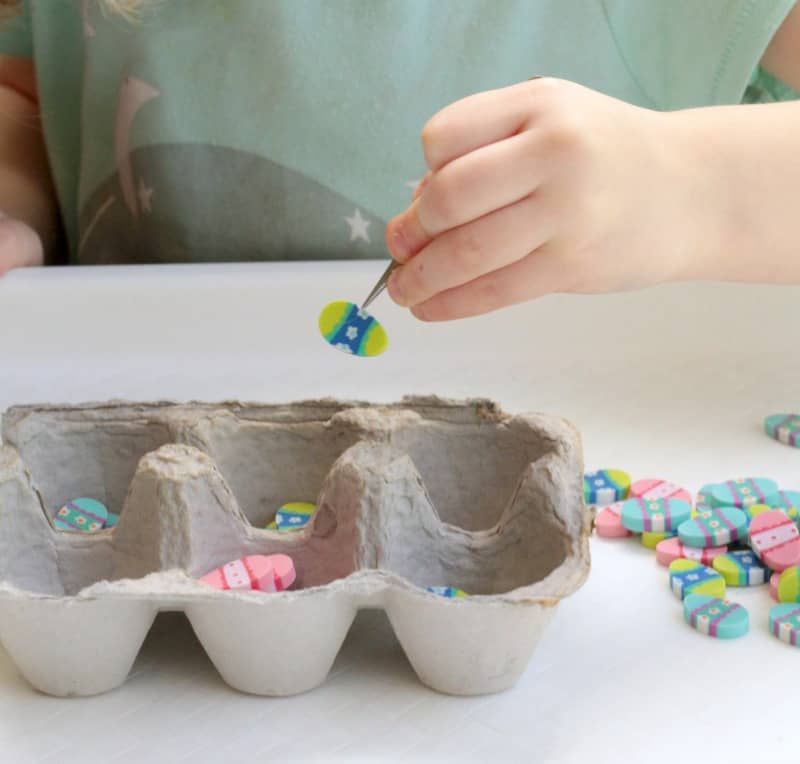 After following the patterns I set up, she made her own patterns as well. After a while, she set up her own patterns directly on our play tray, rather than putting them in the cups, which enabled her to make even longer pattern strings. 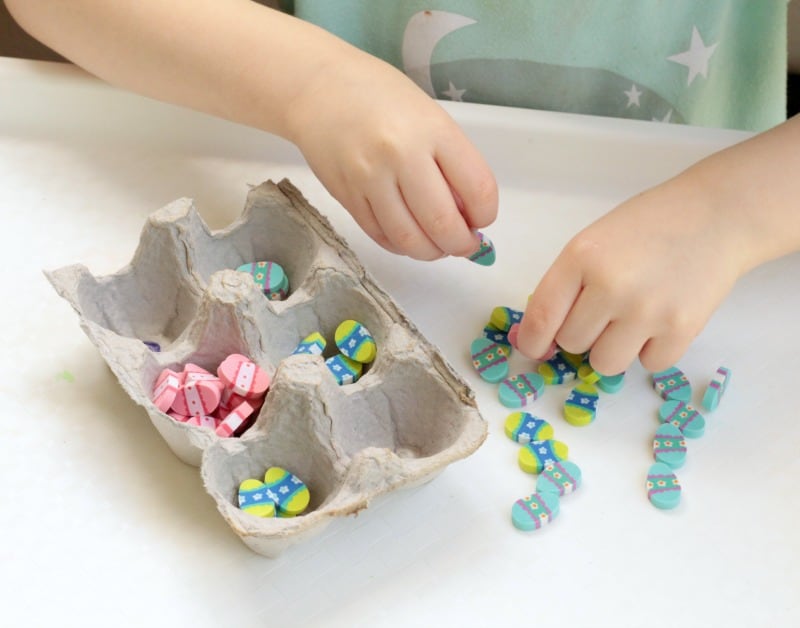 It was so much fun watching her talk to herself as she made her eraser patterns. It’s bird! It’s a plane! It’s…. the kids “flying” through the air with this crazy fun LEGO® super hero action game!! Print this free super hero action cube for a fun gross-motor activity to get all of your kids burning off their extra energy! You won’t be able to resist trying it out yourself… Come… 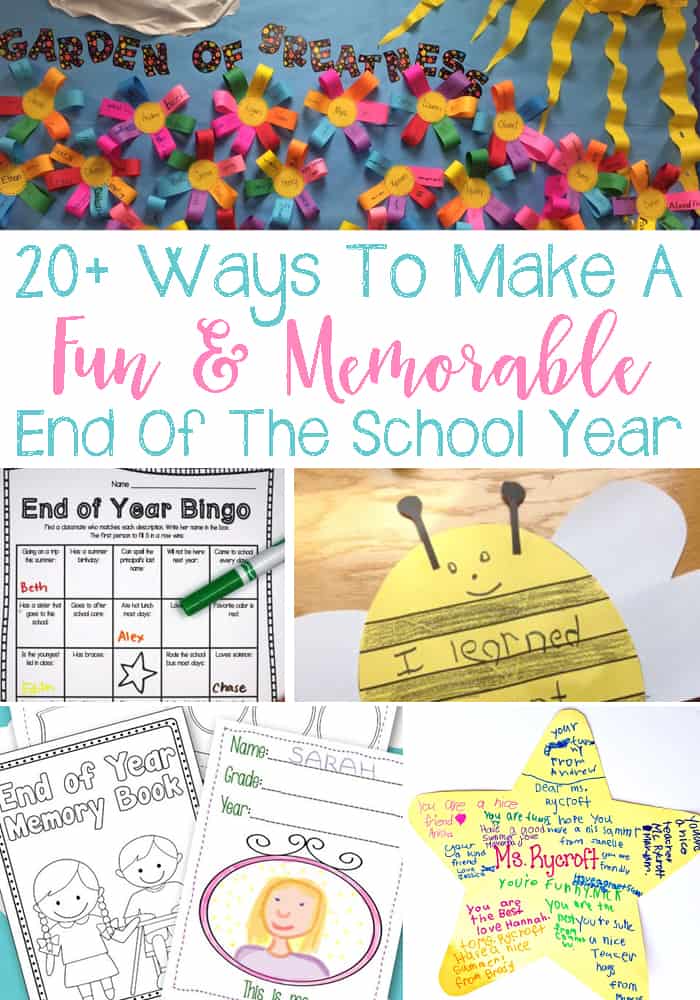 The end of the school year is such an exciting time for kids. For most it means no school for the summer and that is just downright exciting, even for those students who love learning. It is always nice to take a break! The last few days of school, whether you are homeschool or in a…

With all the snow that has been falling everywhere, but here we’ve been having a little bit of snowman jealousy lately. We do have a few inches on the ground, but it’s not great for snowmen, so we decided to make some inside. My preschooler made a sense of touch snowman collage to go with… 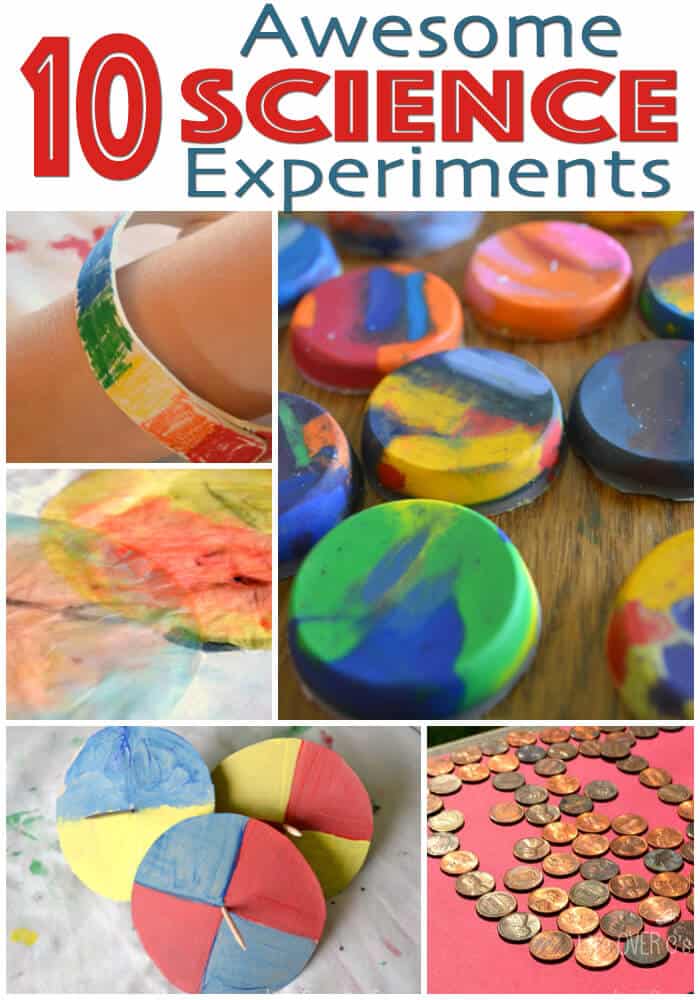 Science is already naturally hands-on. You can experiment, observe, concoct, measure, and so much more. Some projects require a lab, special equipment, and lots of prep time. But, luckily there are so many fun ideas that can be done simply with everyday objects. Try one of these fun, hands-on science experiments with your kids for…

Baa Baa Black Sheep Have You Any Wool? This nursery rhyme has been a favorite in our house since our first daughter was teeny tiny. We like to sing the song and read the nursery rhyme. Mother Goose has a way with words! I just love these Baa, Baa, Black Sheep Counting Cards! The black sheep…

Quiet, independent activity that can be planned for my little one in less than 5 minutes…. Sign me up! This super cute matching color printable busy bag is perfect for when you need a few minutes of peace without an hour of prep work! Today, I’m sharing an activity that we had a lot of fun…