Today, we are focusing on visual sensory play. Kind of self-explanatory, but it’s things that you see.

My three year old has a very hard time focusing her eyes on objects, so I thought it would be fun to do some I Spy projects with her.

I know there are a million and one different I Spy activities on the internet, but like I said yesterday, sometimes an activity doesn’t need to be new and fancy. Sometimes you need something simple and familiar.

We’ve made I Spy bottles before with a plain water bottle, some water, glitter and some trinkets. We’ve also done the rice bottles.

But I wanted Shiloh to have time to focus her eyes on things rather than shaking a bottle and having it all drop immediately to the bottom or float to the top.

I also wanted objects that we could “talk” about, so I used toys and objects that she was familiar with. (After the bottle has served its purpose you can always retrieve the toys from the bottle.)

And finally, I only put a few items on/in each I Spy activity. For three reasons:

#1 To make them easier to find
#2 To allow for us to repeat words over and over as we found the objects.
#3 To keep it from being overwhelming

These are what we came up with:

The I Spy mini-book:

What makes it different? There are only a few pictures on each page, so we could easily spot them and repeat the words as we found them. I also added a counting element to it even though Shiloh doesn’t understand counting yet. She does like to say the numbers sometimes, so it’s good exposure.

The sparsely populated I Spy Page:

What makes it different? A traditional I Spy page is incredibly cluttered. That is very difficult for a child who has a hard time with visual concentration. So I made some that had some space in between the pictures. These are intended for “conversation”. You can have your child find the different animals. And if they are more advanced in their language skills you can use them to teach prepositions (above, below, beside, etc.)

And the always fun, I Spy squishy bag:

We simply filled a quart-size bag very full of water and just a few objects. Then we placed it inside another quart bag for safe-keeping and put duct tape on the seal. She liked finding and grabbing the different objects in the bag.

Our Favorite I Spy Books For Kids: 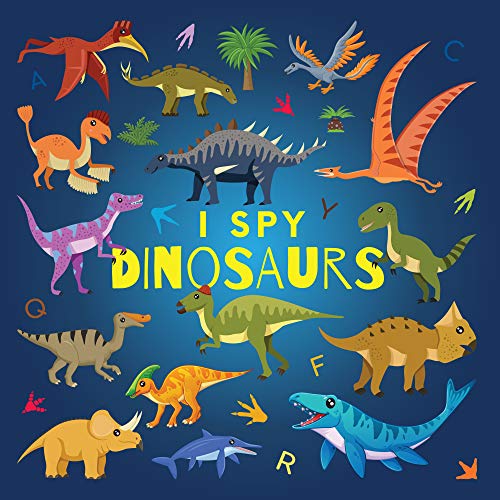 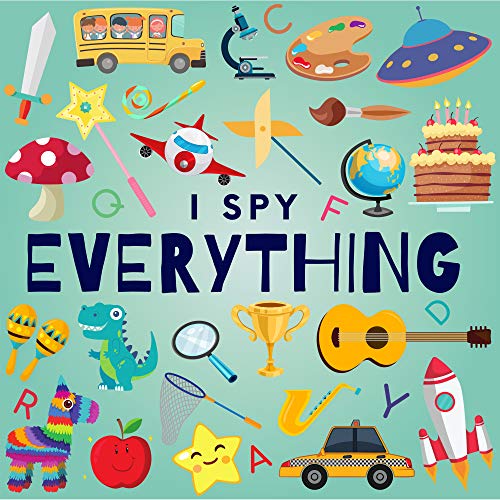 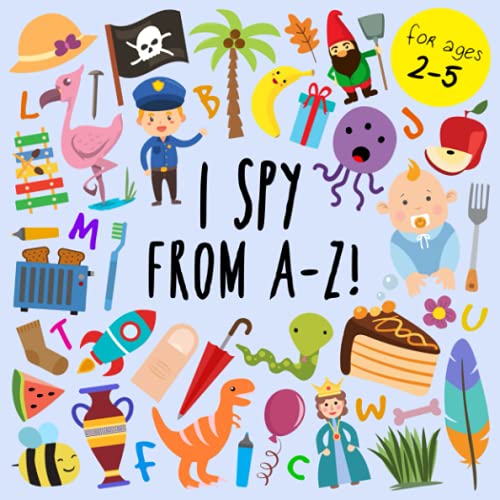 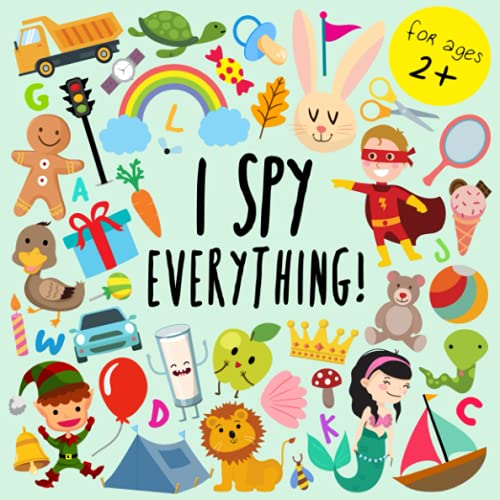 I Spy – Everything!: A Fun Guessing Game for 2-4 Year Olds (I Spy Book Collection for Kids) 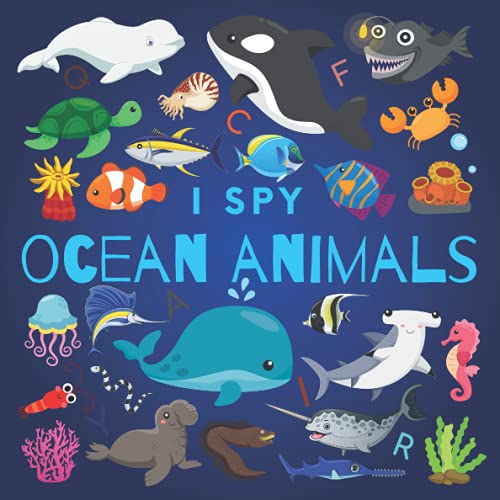 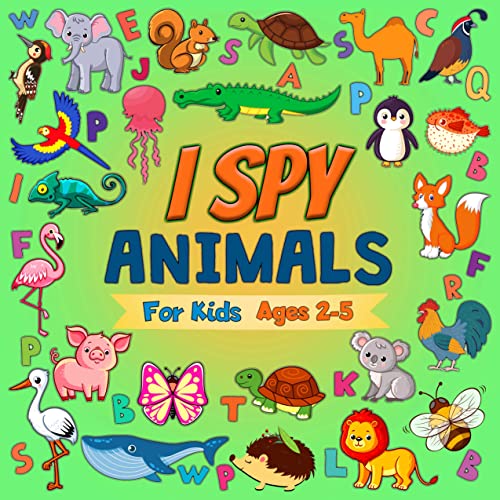 I Spy Animals Book For Kids Ages 2-5: A Fun Guessing Game Activity Featuring A Picture Puzzle For All 26 Letters Of The Alphabet (I Spy With My Little Eye Books For Toddlers And Preschoolers 5) One of our favorite activities is to make suncatchers. My kids absolutely love making things they can hang from windows, doorways, and mirrors. Something about things shining and sparkling makes my girls happy. We’ve always wanted to try making an ice suncatcher, but we didn’t have the right materials on hand until this year. We used…

Sensory bins are quite possibly the perfect activity for toddlers and preschoolers! You can cram soooooo much learning into one little (or big) sensory box. It helps to have a wealth of different ideas in your back pocket so you can keep learning interesting and varied for preschoolers. Add these dyed seashells to a beach…

Your students will love reviewing telling time to the hour, to thirty minutes, to fifteen minutes and to five minutes with these set of task cards and a play dough mat. Telling time can be a difficult task for young learners, but what better way to learn and review than with play dough! This set…

Young kids are especially fond of learning if it comes in a fun hands-on package. My kids are resistant to worksheets, but as soon as we try a hands-on learning activity, they are all for it. My preschooler is not interested in learning her letters from a book, but she is delighted to learn them…

When my son was a toddler, the word “No” could send him into a tailspin at the drop of a hat. I knew it would happen, and believe me I always thought twice before uttering the word. But, I knew he had to learn that the world would not, in fact, bend to his every…

Quick! How many “If You Give a….” books can you name? You might give a moose a muffin, a pig a pancake, a mouse a cookie, or a dog a donut! It seems like every time I turn around, there is another book in this wonderful series. The book, “If You Give a Dog a…