I don’t know what to tell you… I am over-the-moon excited to share this activity with you. We had a blast! This turned out so much better than I could have imagined, so I really hope that you will give it a try! Painting with gloop was a perfect way to explore texture while enjoying the always amazing gloop (goo, ooblek, whatever you want to call it.)

Materials needed for Painting with Gloop:

Black Card stock (I liked the thicker paper with the wetness of the gloop.)

Mix each color in a separate bowl. Ours fit well in cereal bowls.

Normally, gloop is made by using a 2:1 ratio of cornstarch to water, but we quickly discovered that it would be too thick to work with. Adding the extra liquid still allowed for the awesome reaction that we all love in gloop while still allowing it to be moldable enough to paint.

First, we poured the gloop into a shallow baking pan creating strands of color throughout the pan.

Rissa attempted to do a mono-print by painting a picture on one piece of paper and pressing a second piece down on top.

She quickly discovered that science got in the way of her great idea! Because of the liquid to solid properties of gloop, the small amount of gloop became a solid with her pressure and didn’t transfer very well to the second piece of paper.

We also decided to check out splatter painting! This was SO.MUCH.FUN!

It was amazing to see that the gloop did not go flat like a traditional paint would have. Instead it created tiny beads of paint all over the paper.

I love when science and art come together to make a beautiful creation!

Of course, splatter painting did mean a bit of mess, but I had planned ahead and we were outside, so the kids kept on exploring. This is when it’s good to have a high quality washing machine like one from our sponsor Maytag…

After we had some fun with the splatter painting, Rissa decided to switch to her favorite form of art, pointellism. This is the art of creating things using only dots. She loves to have me scroll through Pinterest, so she can look at the different works of art there.

This did involve some trial and error as she worked to make the gloop create what she was envisioning. She discovered that because of the liquid to solid nature, she needed to press very gently or the dots would harder and stick to the paint brush as she raised it up again.

She stuck with it though and created an awesome work of art.

We had so much fun creating and making messes! Thankful that the clothes and the bodies can be washed!

This is a sponsored post written by me on behalf of Maytag for IZEA. All opinions are 100% mine.

More Amazing Process Art that You Will Love! 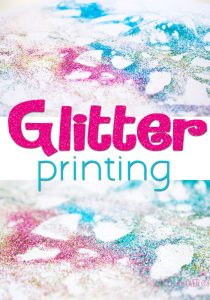 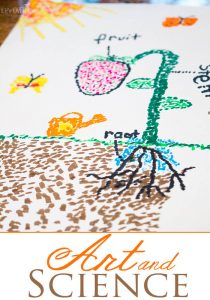 Quiet, independent activity that can be planned for my little one in less than 5 minutes…. Sign me up! This super cute matching color printable busy bag is perfect for when you need a few minutes of peace without an hour of prep work! Today, I’m sharing an activity that we had a lot of fun…

After October is over, it’s Turkey Time! Turkeys are the quintessential November animal (and food). We love decorating our home with festive turkeys and we love incorporating them into our activities as well. You can use this as a resource to create your own Turkey Unit Study. Use within your Thanksgiving Theme or on its own…

“I KNOW THAT WORD!” Those proud words coming from a preschooler or kindergartener are music to the ears of parents and teachers alike. Just think how excited your beginning readers will be to start working on these sight words worksheets when they recognize the words printed on them. What Are Sight Words? Sight words are…

Have you ever been to the beach before? It is one of my favorite places to be in the world. It is exciting and high energy but calming and serene at the same time. It makes way for a ton of ways to play and even more themes for play. The sand, the sun, the…

Gardening is such an educational activity for kids. There are so many things kids can learn by nurturing a garden. In this rainboot mini garden for kids activity, kids will learn all about how to choose plants based on where they will be planted, how to care for plants long-term, and how to choose plants…

Remember sitting in Algebra class thinking, “I’ll never use this”? Graphing is not one of those obscure skills. Graphing is one of those math skills that many people actually have used since their elementary school days. The benefits of starting graphing in preschool go beyond the life long use, though. Graphing can help students with…