Ordinal numbers can be a little bit of a challenge for kids. While seeing them in number format 1st, 2nd, 3rd, can be easier, figuring out first, second and third is a different thing altogether. That’s why I created the Ordinal Numbers Card Game: Slap-It! for each of the different months (Sept.-March have been created so far). The kids can look at objects in a line, dates on a calendar, numerals and words to learn what each of them means.

To prep: For the Slap-It! Game print 2-3 copies of the cards.

To play: 2-4 players (Played just like Slap Jack, but there is a control pile in the center that tells you which cards to Slap!)

Place the CENTER cards face down in a pile.

Deal the PLAYING cards equally among players. Place them face down in a pile in front of each player.

Flip over one of the CENTER cards.

In clockwise order players flip one card at a time. When a PLAYING card is flipped that matches the CENTER card: SLAP-IT!

The first player to slap the card takes the center pile of cards that have been played and adds them to the bottom of their own pile.

Game is finished when time is up or one player has all the PLAYING cards.

You can also use these cards for playing Memory. Choose two copies of each card (fewer cards for younger learners) and play like a traditional game of memory.

Get your Ordinal Numbers Card Games for September.

This make a turkey activity was so simple and easy to put together that I almost feel bad for making an entire post out of it. It took me much less than 5 minutes to put together even though I walked up and down the stairs twice in the process because I kept forgetting things…

Sometimes a holiday meant to celebrate “loooooove” becomes another chore on the “uuuuuugh” to-do list. You don’t have time to bake heart-shaped cookies, frost them, sprinkle them, wrap them, AND attach a heartfelt message to each. It’s OKAY! Printable Goldfish Valentine Cards for Kids give you all the ease you require, BUT they present way… 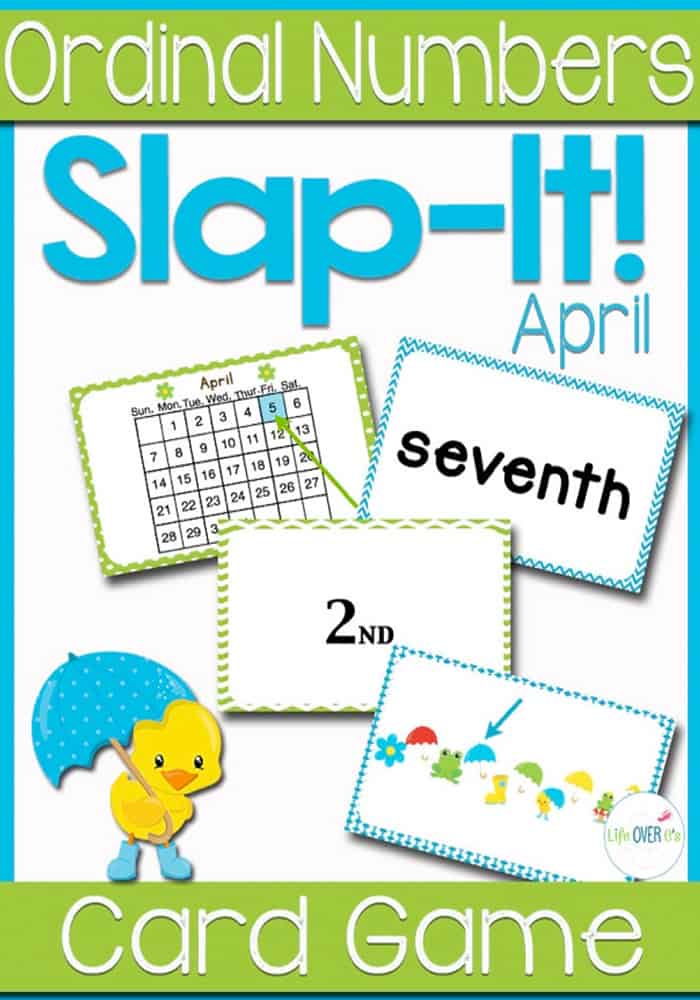 Feathers are a just plain fun. They are interesting to examine, easy to craft with, and can be found both in nature and in the store. These activities are perfect for a Feather Themed Unit Study. We have included math, literacy, art & crafts, science and sensory. So whether you are right before Thanksgiving or…

Yesterday I shared with you the DIY book that we made for counting to 3 and I promised that I would share what we did with the book. Well, here it is!! I put together a super fun counting stars sensory bin for math skills that was just perfect for the counting book. In fact,…