Students will learn ordinal numbers through a fast-paced, fun game! This December Ordinal Numbers card game reviews ordinal numbers 1st-10th with a fun March/Rainbow Theme! The kids can look at objects in a line, dates on a calendar, numerals and words to learn what each of them means. 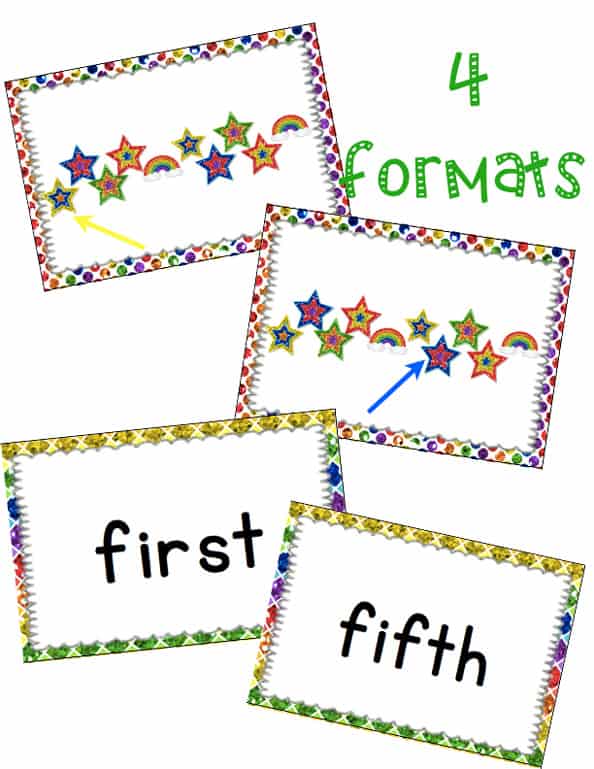 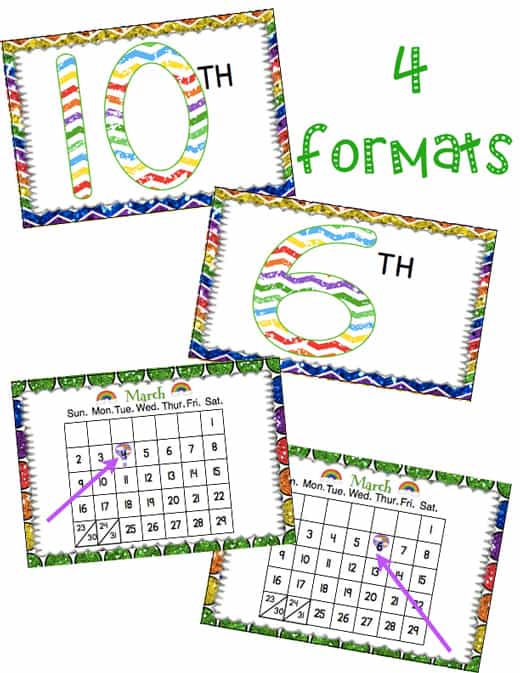 It’s bird! It’s a plane! It’s…. the kids “flying” through the air with this crazy fun LEGO® super hero action game!! Print this free super hero action cube for a fun gross-motor activity to get all of your kids burning off their extra energy! You won’t be able to resist trying it out yourself… Come…

Something about patterns and order is appealing to most preschoolers and toddlers. Kids love order, even though it doesn’t seem like it when they are tearing through the house trailing a line of toilet paper behind them. Even though kids don’t seem to care about order and patterns, this leaf patterning activity will catch their… Winter is finally starting up! We’ve had snow once and more in the forecast! This winter I Spy printable is perfect for those cold winter days when you are stuck inside. Counting penguins and snowmen is so much fun when it’s on a cute I Spy page! Print this out for your kids to enjoy…

This shop has been compensated by Collective Bias, Inc. and its advertiser. All opinions are mine alone. #ProjectAmazing #CollectiveBias To say that getting my 2nd grader to read is a bit difficult would be a huge understatement. So to get our school year off to a great start, I created a free reading reward chart for…

It seems like time flies faster each day. Or maybe it’s just that I’m getting old! Oh, wait, no, I’m not old…. Here’s a fun free time printable that can be used in so many ways! This time sensory bin is just one of the fun ideas that you can use these cards for. Be…

Pineapples make me wish for summer. And these are some seriously cool pineapples. When I saw them in the Target Dollar Spot, I knew they would make the perfect addition to our mini eraser series! This pineapple mini eraser math activity set for preschoolers is such a fun way to practice counting, graphing, matching colors…