It’s been a little while since we shared some playdough fun. At least a couple weeks. I may be going through withdrawals… As we gear up for all of the holiday festivities, my 8-year-old has been asking me to make pumpkin pie at least once a day. We even had it for her October birthday instead of birthday cake. I mean, this is serious pumpkin-pie-love. So today, I told her we were going to make pumpkin pie. She has a great sense of humor, so she played along, but I may owe her the real thing after telling her that…lol! We did have some pumpkin pie playdough fun though!

2 cups All-purpose flour (we eat organic flour, but for playdough, I use the cheapest possible)

2 Tbsp. Vegetable oil (again the cheapest you have)

Pumpkin Pie spice (to your nose’s content… probably about 2 Tbsp.)

Now, I may be lazy, but I totally prefer making playdough in my stand mixer to stirring it on the stove. My wrists are weak and I hate trying to get the playdough smooth with a big wooden spoon. Instead, I let the stand mixer do all the hard work.

I boil my water in my electric kettle (a love that I carried over from living in Europe…) and poured it and all the other ingredients, in no particular order into the mixing bowl.

To get a good color of orange for pumpkin pie, I used a knife tip full of orange food coloring and tiny tip of brown food coloring to darken it up a bit. To make the crust, I did a separate batch with just brown.

Give it a good mix. You really can’t mix it too long… well, you probably could, but I’ve gone up to 10 minutes with no issues when the kids are distracting me. 3-5 minutes is probably good. It will look a bit lumpy, but once you put it in your hands it will smooth out quickly.

I may like playing with playdough as much as the kids. *wink*

To create our pumpkin pies, we tried a few methods. They tried building the crust first, but that turned out to be a lot like my real-life pie crusts, so we had to think of something else.

We ended up making half balls of the orange dough and flattening it to the table. We covered the curved side with the pie “crust” and formed it around the ball. Then we flipped it over to do the pinching and primping of the crust.

Truth… I never get to the pinching & primping part with real pie crust… anyone want to bake for me this season??!?

We had a lot of fun with our pretend play pumpkin pies, but I think I’m going to need to buy a real crust & make a real pie because just looking at it makes me hungry!

On Sunday I shared the teen fall number mats that we used M&Ms with and I promised that I would be sharing the fall play dough number mats for 1 to 10 very soon. Today is that day! Today is also play dough day! I feel like we should all be throwing play dough parties!…

I am so excited to introduce you to the #toolsforlearning series!! Every Tuesday an awesome team of bloggers will be taking on the challenge of activities with common educational manipulatives! We want learning to be hands-on, interactive and definitely fun!! Follow the #toolsforlearning hashtag on Instagram to see all the amazing activities & share your own…

This fun pot of gold printable counting game helps children with number recognition, counting, writing numbers, and so much more. Roll and Count math games are one of my favorites because there is a the element of surprise. This is not only exciting but also makes it so kids can’t pick the ‘easy’ ones that they…

We’re getting ready to start with multiplication again during the next school year, so I’m getting all of my resources printed and prepped! How is it possible that my tiny, 44 pound 8 (and a half) year old girl, is going to be in the 3rd grade??!? No way, people! No way. But I guess…

This foam shape sensory bag is a perfect example of a simple activity for kids! Prep it in way less than five minutes with sensory materials you already have on hand. My preschooler loved this because we’ve been using these shapes for lots of activities over the last few months and because she loves sensory… 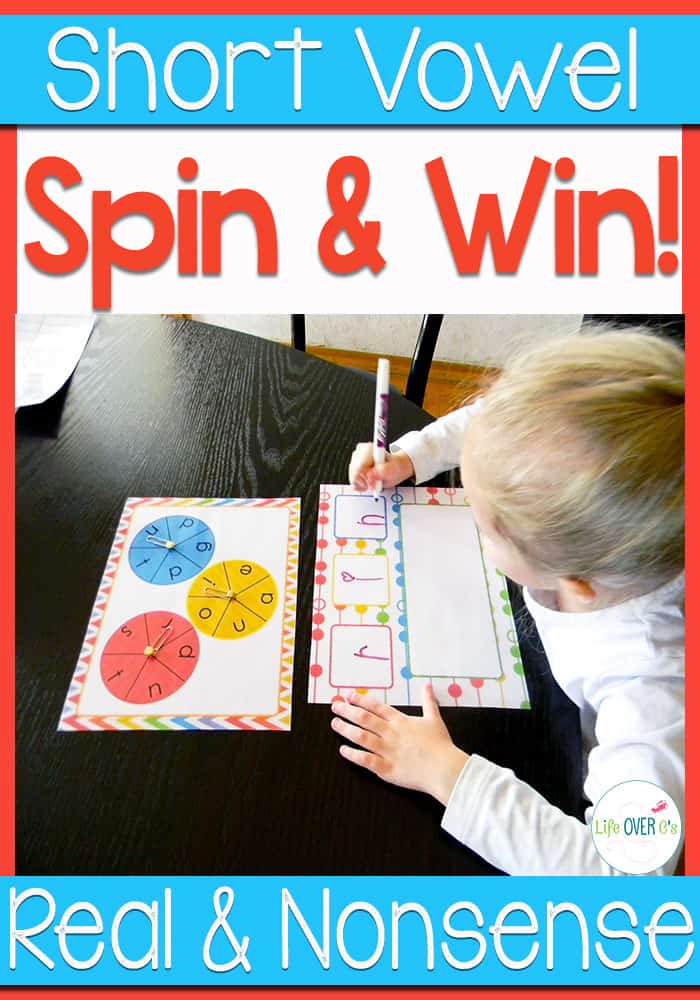 Give students practice creating real and nonsense words in this fun partner or small group game. Students will compose CVC words by spinning beginning, middle and end letters. They will learn what words are real and what words are nonsense through play. Game boards, spinners and printable write & wipe boards (laminating required) are included,…