I have some super fun activities for learning about outer space to share with you this week! I hope that you will follow along with all the different ideas! First on our list today was making Space Rocks for our sensory bin. 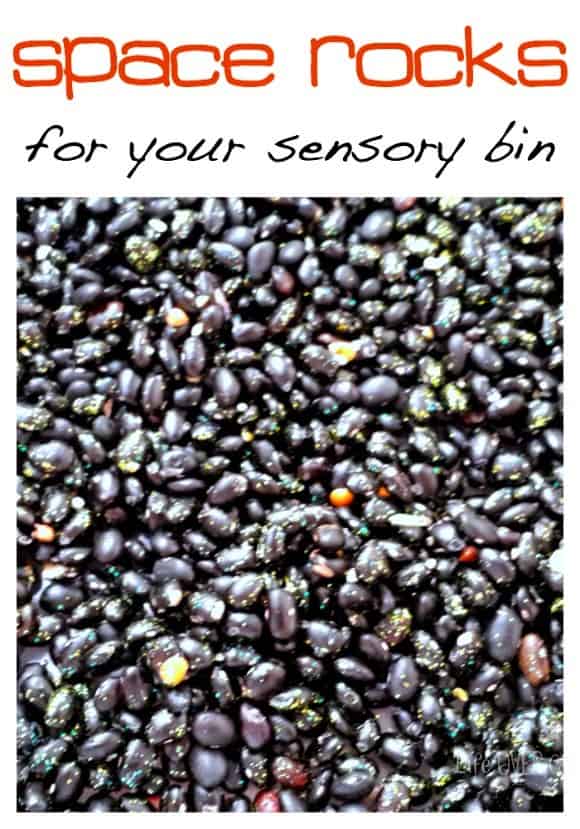 My eleven year old realized today that we seem to have at least one new bin per week. And let me encourage you that your kids are definitely not too old to play with a sensory bin. I think that there are days that my 9 and 11 year olds play with them more than my 6 and 3 year olds.

It’s a different level of play, but still beneficial.

When my older kids play, they tend toward role-playing and making their own crafts and ideas to add into the bin.

When my younger kids play, it tends toward experimentation with the different objects that are included: exploring the texture, manipulating, observing.

Space rocks were no different.

My oldest and my youngest daughters help me make them. It was super simple and like most sensory materials we use took less than 5 minutes to throw together.

Here’s how we made our space rocks:

I took the black beans that we used in our butterfly garden sensory bin.  (Reuse, reuse, reuse!) I actually only used half of them, about 1 1/2 pounds for this bin because I didn’t need the filler to be as thick as with the butterfly garden. 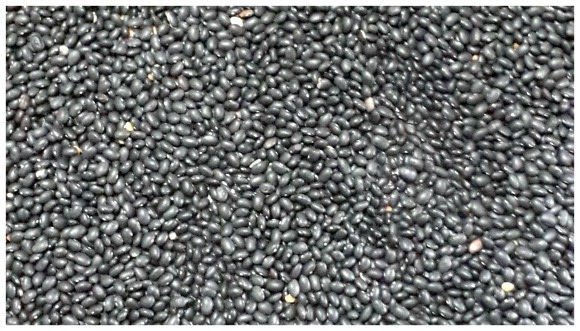 Spread them in the bottom of our plastic bin.

Poured just a bit of homemade modge podge (watered down glue) over the beans. You really just need a little bit. Just enough to wet the beans, but not be gloppy. 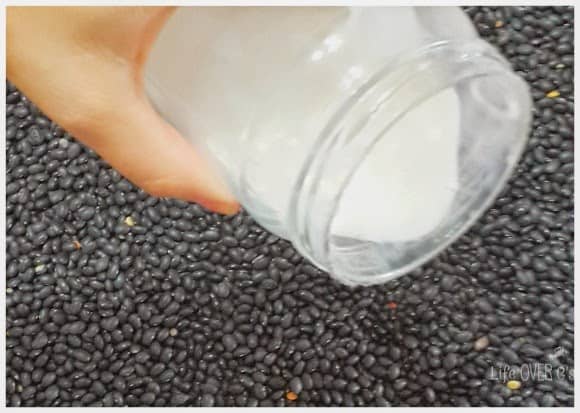 Mixed the glue onto the beans.

We poured to small vials of glitter into the box. 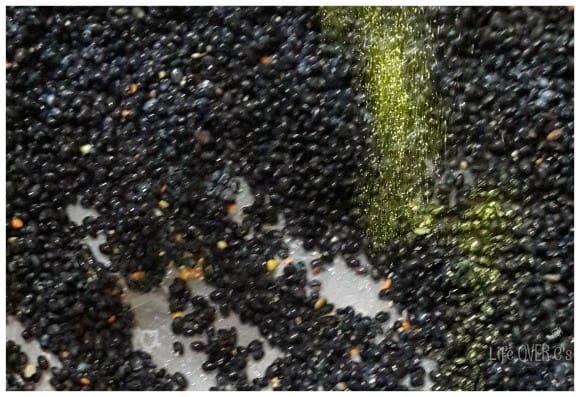 Mixed it all up! 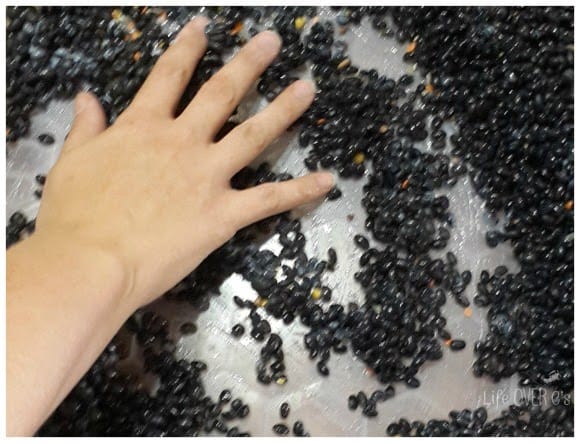 And set it out on our hot balcony so that it would dry quicker and the littlest lady wouldn’t attack the box before it was ready. 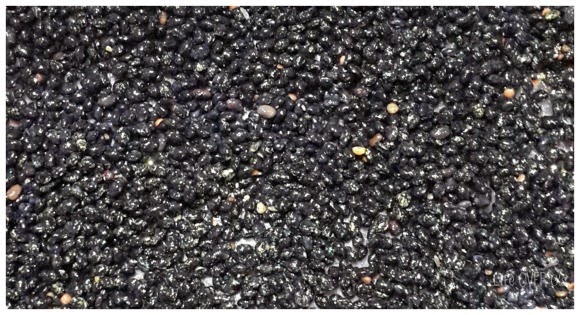 About an hour later, I went out to the balcony to check the space rocks. They were dry but mostly stuck together. (As expected) 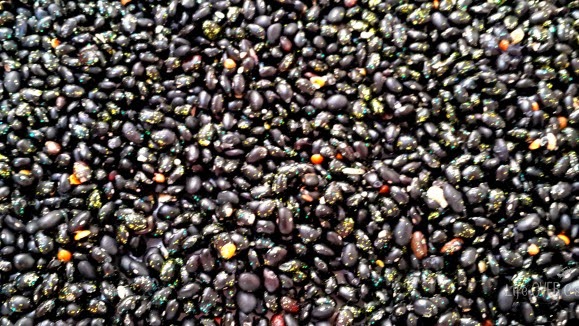 A little bit of rustling the beans around in the bin and gently rolling in my hands separated them easily. This is why it’s important to only use a little bit of the modge podge.

They are great for using with our Solar System Pretend Play Printable. 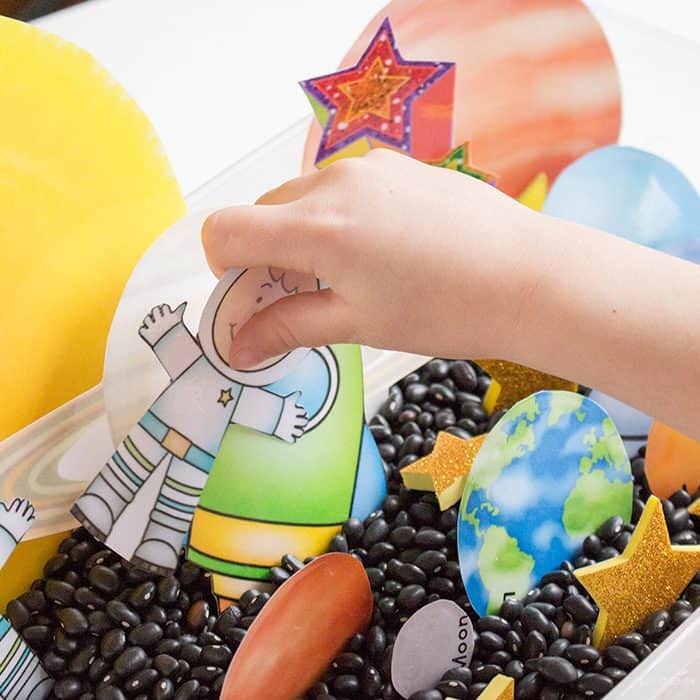 I’ve been super busy this week making some fun new printables to share with you! Among them is this fun set of back to school puzzles for counting to 10. Super easy to prep, so that you can spend time learning instead of preparing to learn. Materials needed for the FREE Back to School Puzzles:…

I L.O.V.E. teaching letter recognition! Hands down, no competition, it is my favorite thing to teach to preschoolers and kindergartners. You might think my reasoning lies in the research showing that letter recognition forms an important foundation for later success in learning letter sounds. While all that blah, blah, blah is WONDERFUL, you’re wrong. I…

It can often be difficult to engage reluctant learners in any subject, but it seems especially challenging to excite and engage kids who are uninterested or struggling with math. One of my favorite ways to draw kids in and share math in a non-threatening way is through the use of math story books! If you’re…

It has always been so much fun to teach our kids the sounds that each animal makes. Our youngest called cows “moos” until she was five years old. We worked on this skill so much with her because of her developmental delays and now playing “farm” is one of her favorite pretend play activities. In her…

Do you love trying new DIY activities with your kids? We have a great homemade playdough recipe, and we have even made our own moon sand and slime too. There is just something extra fun about working together to mix up all the ingredients for a fun sensory play activity. If you have never made…