Students will love learning all about numbers to 20 with these 10 card games. They will learn to recognize numbers in ten different formats. Great for differentiation and review. 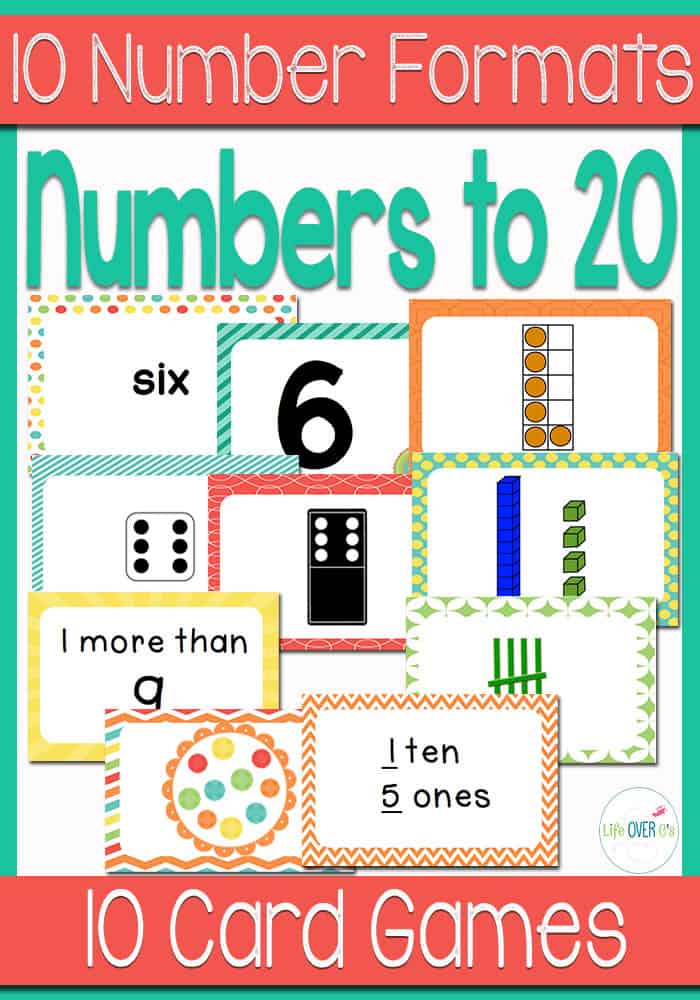 10 sets of cards for Numbers to 20 using the following formats:

These games are great for helping students with number concepts such as adding, subtracting, composing, decomposing, equality/inequalities, multiplication, missing addends, and more. In addition to providing them with lots of opportunities to use numbers to 20 in multiple formats. Combine sets to create decks for number recognition in many formats.

Center instructions are included for the following games:

Instructions are also included on how to make a deck of cards for each game. The differentiation possibilities are almost endless! **Ideas for customizing: Play games for numbers 0-9 or 10 to start. Add other numbers as they are learned.

1)Limit number of formats to start. As students are able to recognize different formats, add them to the games to increase difficulty.

2)For Slap-It! Choose any set as your center pile. The best would be the style that the one with which the student is having most difficulty. This will help them to focus on finding formats that they have an easier time recognizing.

Teacher Instructions: Print on card stock and/or laminate the cards. (Card stock is recommended because some children will try to see through the cards.) Laminating might be prohibitive due to the number of cards needed to create multiple decks/multiple games. If you cannot laminate, card stock is a MUST! Each type of cards is a different style for easy sorting.

Place the CENTER cards face down in a pile.

Place them face down in a pile in front of each player.

Flip over one of the CENTER cards.

In clockwise order players flip one card at a time.

When a PLAYING card is flipped that matches the CENTER card: SLAP-IT! The first player to slap the card takes the center pile of cards that have been played and adds them to the bottom of their own pile.

Game is finished when time is up or one player has all the PLAYING cards.

Here’s a fun set of free printables for teaching 3D Shapes (solids)! We had so much fun with our 2D shape activities, that I decided we needed a 3D set to go along with it. We’re just getting started with 3D shapes for Jaida, my first grader, so this is a fun set to introduce her… 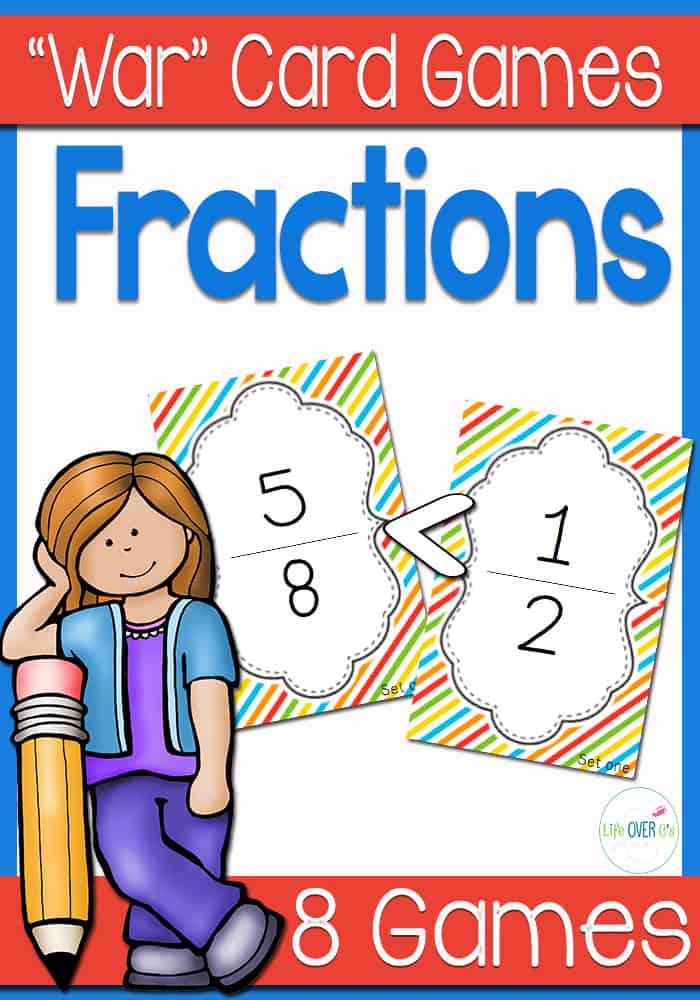 With this fun ‘War’ inspired card game, students will have a fun time reviewing fraction inequalities with this fraction war card game. Each of the eight sets of cards varies in difficulty, so that you can have the tools on hand to help students at their level. This will also help students with equivalent fractions….

This was just fun. No other motives. Just a lot of fun! We made this paper straw obstacle course for a fun family challenge and it’s a super silly way to get all of the family involved no matter the age or ability. That made it perfect for us! Materials for the Paper Straw Obstacle…

I simply cannot resist the Target Dollar Spot. No matter what I go into Target for, the Dollar Spot always draws me in… Doesn’t hurt that I can always find the cutest mini erasers!! These owl mini eraser math activities for preschoolers is a great way to use those irresistible mini erasers! And if you…

What is it about holidays and junk food? All year long we’re trying to keep the kids from sugar, but every.single.holiday or celebration is all about candy and cookies and cakes. I mean, yum, but… still. These candy mini eraser counting grids for preschool are a celebration all by themselves. And they are totally carb…